“Eugene has always had a fascination with technology,” said Paula, Eugene’s wife and co-owner of Allegra Marketing Print Mail in Corona, California. “He keeps an eye on it and moves into it early on because he enjoys the challenge of figuring it out and working it into the operation. That’s how we’ve kept up with the times.”

Eugene launched his printing business when he was in high school in 1972 working out of his mother’s garage. “I was doing silk screening and had a multilith press and a paper cutter,” said Eugene. “My mother was the bookkeeper.”

Paula and Eugene married in 1976. “Eugene moved the business into a little shop,” said Paula. “I finished two more years of school and was going to get a job, but we were ready to get into typesetting and I could type. So, I became the typesetter. Neither of us has ever had another job or employer. It’s always been our own business—our baby.”

“We first got into wide-format printing through a company called Encad in the late ‘90s,” said Eugene. “Their wide-format inkjet printers were primarily for engineers and architects. It had its limitations, but it grew into other industries.”

As independent printers, Paula and Eugene were active members of the National Association of Quick Printers. “It provided us with benchmarking, peer interaction and educational opportunities,” said Paula. “When it began to crumble, we looked for something to replace it—another association or peer performance group. We made a list of what we needed to have. We were very surprised when Eugene encountered Allegra at a trade show and found out they provided those things on our list, including succession planning, because at some point we’ll want to sell the business.”

Paula and Eugene became Allegra franchise owners and members of the Alliance Franchise Brands network in the fall of 2010 and rebranded their independent print business on January 1, 2011.

“Our wide-format business kept creeping up from 2% to 4% of sales, and when it hit 10%, it was growing into its own department,” said Eugene. “We wanted to continue the growth trend, but there was a lot of training and product knowledge that we didn’t have. We knew that if we added the Image360 brand from the Sign & Graphics Division of Alliance Franchise Brands to our business, we’d get the information and training we needed to push on to the next level.”

Paula and Eugene signed their Image360 franchise agreement in January 2017, and officially opened their dual-brand Allegra and Image360 Center on three months later. “In the first year, our wide-format business grew to almost 25% of our revenue,” said Paula. “In 2018, for the full year, sales increased to 35% of our total business. We’ve done some huge projects over the last couple of years that we probably wouldn’t have been asked to quote on. We like to say, ‘A sign for every surface—windows, walls and floors.’”

“For the future from a wide-format technology standpoint, everything is digital and pretty soon everything will be customized,” said Eugene. “Instead of going to the store and buying off-the shelf wallpaper you’ll be able to design your own. Even now, when you buy ceramic flooring tiles, they’re actually inkjet printed and then fired.”

“Part of our wide-format sales strategy with Image360 is we’re reaching out to a larger marketplace,” said Paula. “Eighty percent of our clients are within a 10-mile radius of our dual-brand Center. From our Allegra side, we’re able to promote our Image360 business and wide-format printing through direct mail. We have an outside sales person and we’re always networking, which brings me to Eugene’s second life: he’s completed four terms on the Corona City Council and served as Mayor in 2007, 2012 and 2015. He’s always had an active interest in signs and how they affect businesses. He has the institutional knowledge that has helped inform our clients how to comply with city regulations.”

“If we have a niche, it’s our ability to build customer relationships,” said Eugene. “They know that we’re a one-stop solution and one less thing to worry about for all their marketing and printing needs and now their branding and signage projects. They know they can throw whatever at us, and we just handle it.” 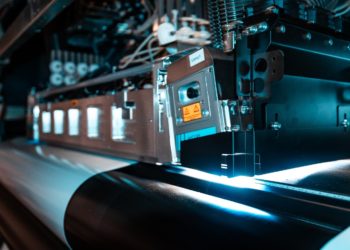 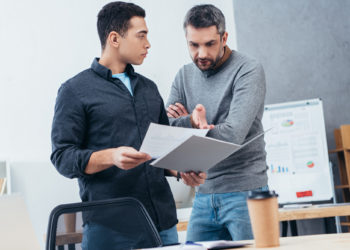 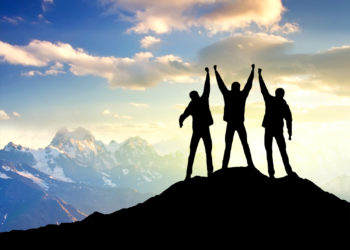 THE POWER OF A FRANCHISE NETWORK DURING A CRISIS 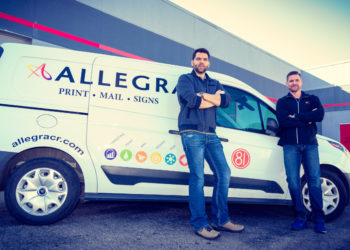